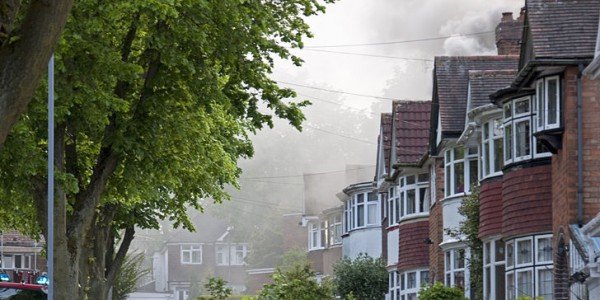 They may not be as ubiquitous as fish in the sea, but home aquariums are a very popular means of maintaining piscine pets in households across the United States. But for one Philadelphia apartment dweller, the watery environment he kept in his unit allegedly became the source, through its heater, of an inferno that consumed much of his apartment and his neighbor’s.

The fire in question, according to a negligence lawsuit filed in the U.S. District Court for the Eastern District of Pennsylvania, occurred on July 25, 2012, when the aquarium heater in John Sullick’s Marineland aquarium overheated, burst into flames and damaged Sullick’s home and an adjoining unit.

Through an agent, Allstate Insurance (the company that paid out the claim for the damages that Sullick’s home sustained) is suing United Pet Group, owner of Marineland Aquarium Products, the manufacturer of the aquarium found in Sullick’s apartment. Allstate is also suing Tetra Holdings, Worldwide Aquarium & Pet Center, Michelle Enterprises and an Italian company, Newa Tecno Industria.

The slew of defendants comprise a chain of players in the manufacture, distribution, marketing and sale of the aquarium heater, a structure typical of a product liability lawsuit. According to the complaint, each member of the chain failed to properly shield the consumer and other innocent bystanders from the damage or harm the defective heater could inflict. And the lawsuit claims that each defendant knew or should have known of the defects and failed to alert the buyer of the dangerous flaws.

As one might expect, Sullick has also filed a product liability lawsuit against the same lineup of firms. In his own lawsuit, Sullick alleges that the aquarium heater was installed and used as instructed, but that the manufacturers breached their warranty when they provided a defective product even though it was green-lighted for safety on the packaging.