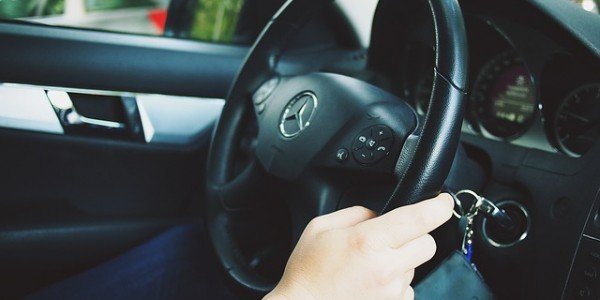 A woman was jogging on the street in her New Jersey neighborhood when a driver backed out of a driveway and struck her. Elizabeth Jaeger said she was jogging near the curb, and running against traffic, and that there are frequently other people jogging in the street in her area. She fell to the ground, and struck her head and shoulder. Although she was initially dizzy and disoriented, she did not require medical attention.

However, she wished to file a police report in the event that her injuries were more serious than they appeared. Upon arrival of the officer, who took Jaeger’s name and personal identifying information, he inquired as to what had occurred. Jaeger said the car backed into her while she was running. He informed her that she was 50 percent liable for the accident because she was running in the street. She then asked the officer if that means that she does not have to be aware of pedestrians when she is driving, or that she is only 50 percent responsible if she strikes someone.

There was a verbal altercation, after which the officer inquired as to why she was running in the street. Jaeger replied that she habitually ran in the street because the sidewalk is frequently blocked by cars protruding out of driveways onto the sidewalk, or the sidewalk is obstructed by masses of leaves that have been raked, or unshoveled snow that has formed into ice. Then, when the officer expressed his opinion that it is unsafe to run in the street, she asked where she could run when the sidewalk was not clear. He advised her to get a treadmill. However, that was not an option because she was unemployed, and her family was under financial strain.

Jaeger communicated to the officer that it was his duty to make sure that she was safe, and that if she could not jog in the street, the sidewalk should be accessible. By her own admission, she was confrontational, but she felt attacked when he told her to make a purchase that was not affordable. To make matters worse, after she returned home, the officer rang the doorbell and gave her a ticket. According to her, he said she insulted him and that was the reason he was giving her a ticket. He went on to say that because he disliked her attitude, he was holding her 100 percent liable for the accident.

Apparently, there is a little-known law in the state of New Jersey that says that pedestrians are required to walk on sidewalks, and a violation of this law could result in a fine of $54. Although the law does not mention joggers, it is reasonable to assume that they are included. This law and the outcome of the accident is disturbing because if the jogger’s injuries had been severe, she may still have been held responsible for the accident. Or perhaps it was just as the officer said, that her attitude prompted him to find her at fault.