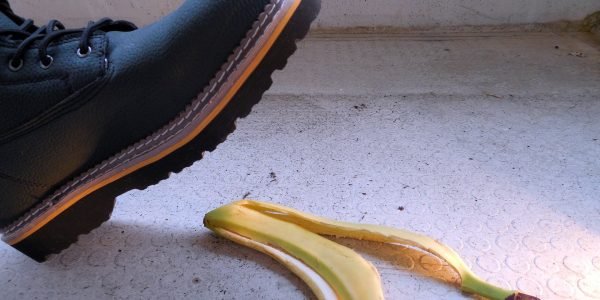 If you were engaged in an activity that caused you to suffer an injury in the workplace, it is important to inform the employer of all the facts in your report of the injury. If you were merely walking at work and felt a pain in your back, in all likelihood, you will not be entitled to workers’ compensation benefits. Mere presence at work does not make an injury work-related. The injury must occur as a result of employment responsibilities, and you should report the duties that you believe brought about your injury.

In Colleen Fitzgerald v. Walmart, the plaintiff filed a claim for an accident that took place on April 26, 2010 when she was employed by Walmart. She was merely walking in the store when she felt a “pop” in her lower back. At the time she experienced the pop, she was only walking. However, there was testimony that disclosed that prior to the pop in her lower back, she had been engaged in some lifting while working as a zone merchandise supervisor. She informed her manager of the injury, and upon consulting her family physician, she was diagnosed with protruding lumbar discs. She then took a leave of absence under the Family Medical leave Act (FMLA), for 12 weeks, and time off during a course of treatment. Her treatment was not authorized by the workers’ compensation carrier for Walmart.

Ms. Fitzgerald filed two claims, one of which was for the incident that happened on April 26th. The other was an occupational claim in which she alleged that the work she performed from December 2008 through April 2010 caused her to suffer a back injury. However, Walmart denied both claims, at which point she filed a Motion for Medical and Temporary Disability benefits with the Workers’ Compensation Court.

The Court sided with Walmart, and on appeal, the Appellate Division agreed, after applying the two-step positional risk test for deciding whether the injury occurred as a result of employment. In the first part of the test, plaintiff must prove that but for her employment, the injury would not have taken place. The second part of the test involves an analysis of the nature of the risk that caused the injury. Here, the court determined that the plaintiff failed to comply with the first part of the test because “the facts do not indicate that the plaintiff would not have been at risk of injury if she had not been at work. Thus, the court held that her back injury could also have occurred when she was not at work. However, it is possible that had plaintiff reported that she had been engaged in lifting prior to walking and feeling the pop, the back pain might have been considered work-related.

It is important to report an accident to your employer even if you do not believe you are severely injured. It is also best to make a written report of the accident or verbally in front of someone reliable. In New Jersey, you can report a work injury up to 90 days from the date of the accident. If you were injured at work, you should consult a workers’ compensation attorney.