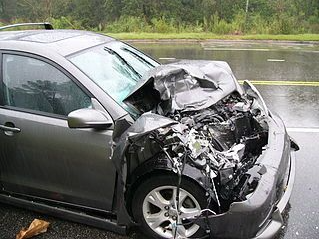 However, there is a case in which the employer failed to send the 10-day notice, and then attempted to file an action. In Hartford Underwriters Insurance Company v. Jacquelin Salimente, A-3687-14T2 (App. Div. February 6, 2017), an employee named Mishkoff who was insured by Hartford sustained a work-related injury when Salimente lost control of her car. As a result, Mishkoff suffered an injury. However, Mishkoff never sued Salimente.

On the final day that the statute would have run, Hartford filed an action against Salimente in order to safeguard its lien of $16,332.79 for workers’ compensation payments it had issued to Mishkoff. Hartford neglected to file in Mishkoff’s name. However, Hartford did not submit evidence of its issuance of a notice giving Mishkoff 10 days to file suit. Salimente’s carrier made a motion for a dismissal of the case, and at trial, the judge granted the motion.

Upon appeal, the Appellate Division performed a review of prior case law that showed there can be a waiver of the 10-day notice, especially when the carrier informed the employee of the employee’s right to sue. Hartford presented two letters one of which was sent to Mishkoff, and the other to Mishkoff’s attorney.

The first letter contained Hartford’s notification of its right of subrogation, and a question as to whether Mishkoff planned to file a third-party lawsuit. The second letter contained Hartford’s assertion of its subrogation rights, and asked Mishkoff to state whether he intended to file an action. In light of this new evidence, the Appellate Division permitted Hartford to file the third-party lawsuit in Mishkoff’s name.

If you suffered a work-related injury, call the workers’ compensation attorneys at Petrillo & Goldberg.