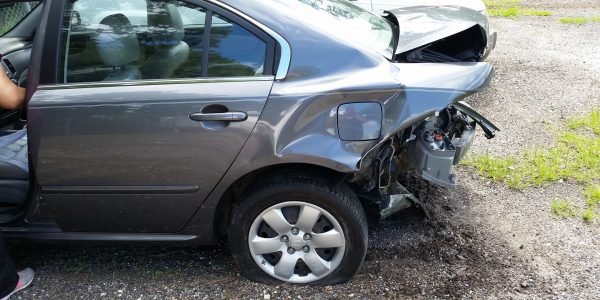 In 2013, a New Jersey woman was rear ended by a negligent driver. Although the damage to both vehicles were minor, the woman nonetheless suffered from neck and back injuries. The injury to the her cervical (neck) spine was more severe and required a significant amount of treatment. Cervical spine injuries, or more commonly known as “whiplash” injuries, can become very serious, even with a relatively minor crash.

Whiplash injuries are common in automobile accidents that are caused by a negligent driver not paying attention and rear ending a vehicle in front of them. The injury is caused by a rapid acceleration/deceleration force that is caused by the rear end impact of a vehicle. This force makes the head and neck to rapidly snap forward and back several times. Often, the back of the injured person’s head violently strikes the headrest, causing even more damage.

Most whiplash type injuries only cause soft tissue injuries. Soft tissue injuries are ones where there is damage of the muscles and ligaments, such as tearing, stretching and bruising, as opposed to damage to the bones in the body. Most people who suffer from a whiplash type injury in a rear end auto accident usually recover after a period of treatment using medications, physical restrictions to let the muscles and ligaments heal, and rehabilitation treatment at a physical therapy practice. However, some people can suffer more serious neck injuries caused by the whiplash motion on the cervical spine, even when the impact of the rear end was relatively minor.

In the present case, the woman who was injured in the rear end crash sought conservative, non-invasive treatment for over four years. This treatment included medications, physical restrictions on her movement and physical restrictions on her ability to work full time. It also included a significant amount of physical therapy and well as steroid injections in her cervical spine. Unfortunately, these conservative treatments did not fully heal her injuries and she was required to undergo cervical spine surgery. The procedure that was recommended by her physician was a two level vertebrae fusion of the cervical spine due to herniated, or perforated, discs. The procedure removes any damaged disc material that is pressing on the spinal cord which causes the symptoms of pain and numbness, then fuses the two vertebrae levels with bone, attempting to make the injured area stronger.

The attorneys at Petrillo & Goldberg took on the case in order to help their client get the compensation that she deserved. However, the negligent driver’s insurance company was not negotiating in good faith. Most insurance adjusters do not believe people can be seriously injured in these types of auto accidents. In the insurance industry, these rear end accidents are called “MIST” cases (Minor Impact, Soft Tissue). Insurance companies fight these cases all the time because their theory is that a jury will not believe a rear end crash that caused minor damage to the vehicles could cause someone to have to undergo a two-level spinal fusion procedure.

However, the attorneys at Petrillo & Goldberg called the insurance company’s bluff and took the case to trial. After presenting the plaintiff’s testimony and that of medical experts, as well as biomechanical experts that could explain to the jury the amount of force this impact placed upon the plaintiff’s body, the jury came back with a verdict in favor of the plaintiff. Despite the plaintiff recovering from the surgery and returning to work full time with no restrictions, the jury awarded the plaintiff $1.6 million dollars to compensate her for her damages and pain and suffering.