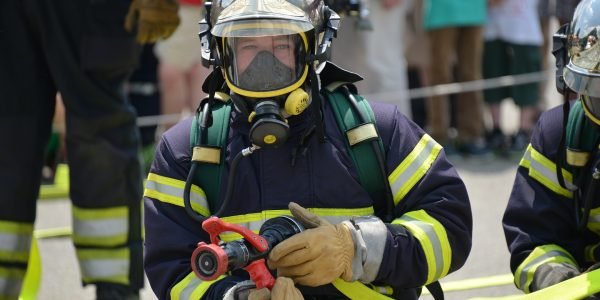 Some horseplay can be expected at work. Usually, pranks are harmless, but what are the consequences if an employee suffers an injury?

A firefighter for the City of Linden was on duty at a firehouse. As he sat down on a toilet in the men’s restroom, he felt an explosion beneath him. Remnants of an exploded bang snap, a small firework that detonates when compressed, were on the toilet. The man’s co-worker, admitted to putting bang snaps in various places in the firehouse, although he denied placing the bang snap on the toilet.

The firefighter suffered a second-degree burn on his scrotum and a contusion of his left testicle. He did not have any lost wages, and the City paid his medical expenses. The man did not file a workers’ compensation claim. Instead, he filed a personal injury suit against his co-worker for damages.

New Jersey has a statute that addresses horseplay. An employee who does not engage in horseplay and suffers an injury may recover workers’ compensation. Workers’ compensation is usually the sole remedy, but the bar does not apply if the co-worker committed an intentional wrong.

The case, decided on April 1, 2019, by the Appellate Division of the Superior Court of New Jersey ruled that the co-worker’s actions were not intentional. He played what he felt were harmless pranks on his co-workers. He did not act with substantial certainty of the risk of injury that the firefighter suffered.

The decision of the court illustrates the principle that injuries caused by horseplay unless the actions are intentionally meant to cause harm, are covered solely by workers’ compensation.

If you suffered an injury at work, talk to a workers’ compensation lawyer at Petrillo and Goldberg at 856.249.9295 or visit https://petrillogoldbergclm.clmcloud.app.