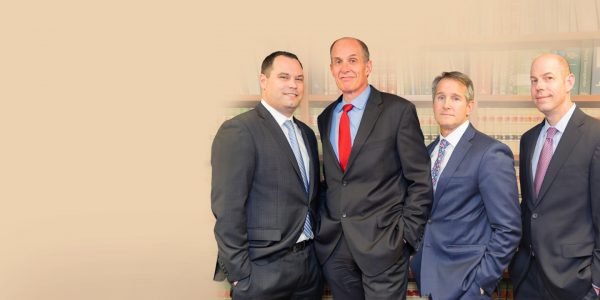 Recently, the dedicated team of South New Jersey workers’ compensation attorneys at Petrillo & Goldberg helped a man obtain over $200,000 in compensation after he suffered a heart attack while at work. The victory was especially meaningful because the man’s employer contested the claim for benefits. However, Petrillo & Goldberg attorneys successfully argued in front of the judge that their client’s heart attack was work-related.

The man worked at a South Jersey Costco, a position he had held since 2006. In January 2013, the man’s supervisors asked him to come in early for his shift. Due to an ongoing promotion, a large number of boxes of laundry detergent had to be moved to make them more visible to customers. The worker was asked to show up at 2:30 a.m. He moved about eight pallets of detergent, the total weight of which was over 1500 pounds.

At around 7 a.m., the worker stepped away to use the restroom. After his supervisor noticed that the man did not come out, the supervisor when into the men’s’ room to find the man collapsed on the floor. The supervisor performed CPR on the fallen worker until emergency medical personnel arrived.

Doctors determined that the worker suffered a heart attack. In addition, he had a blood clot in his leg. He was in a coma for two weeks, before he was transferred to a rehabilitation facility where he stayed for another two months. Doctors also had to put a metal stent in his heart and a filter in his leg.

As a result of his injuries, the worker missed about ten months of work. He no longer can perform the work he used to and has since become a forklift operator. He must now regularly take medications he did not previously need, and his leg occasionally swells up, and he needs to undergo diagnostic testing at regular intervals.

The case posed a few issues for the injured worker because he had a history of high blood pressure and took medication to control his cholesterol levels since the late 1980s. However, he had never experienced a heart attack. Nonetheless, the man’s previous medical history opened the door up for the employer to argue that the heart attack was not work-related.

The judge found the testimony of the injured worker, his wife and the worker’s supervisor to be more credible. The worker testified that this particular day was the hardest of the year, due to the large amount of product that needed to be moved and stacked. The man’s wife explained that he had suffered a previous back and neck injury, and was mostly sedentary at home. Finally, the man’s supervisor agreed with the worker, that the day of the injury was the most demanding workday of the year.

After hearing all the evidence, as well as argument from counsel, the judge found that the worker was 55 percent disabled. The judge awarded him $199,980 in permanent disability and $28,000 in lost wages.

Employers are responsible for creating a safe workplace, and workers who are injured or become ill as a result of their employment may be entitled to compensation for their injuries. As the above case illustrates, this includes suffering a heart attack at work. Depending on the situation, there may also be other parties who are liable to an injured worker. At Petrillo & Goldberg, we have assembled a compassionate team of advocates who have dedicated their careers to helping New Jersey workers recover the compensation they deserve. To learn more, call 856-249-9288 to schedule a free consultation.