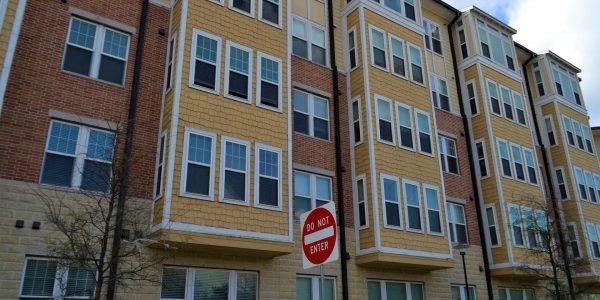 Joseph Lach was a maintenance work at the Briar Hill apartment complex. He was injured in a work-related accident when he was lifting a heavy sofa bed while cleaning out an apartment. The injured required him to have surgery to fix the injury. On May 13, 2015 while recuperating from the rotator cuff surgery on his on-the-job-injury, Lach received a letter from his boss of sixteen years telling him he was from his job. Included with the letter was a separation agreement that offered Lach one week’s severance pay in exchange for his to give up his right to sue the employer.

Lach file a lawsuit against his boss, Phillip Celler, and the apartment complex for discrimination and retaliatory discharge. The lawsuit alleged that six days before getting fired, Lach told his boss that he would be returning to work at the end of May. He alleges that his boss said that him returning at the time was okay. Lach claims that he had asked his boss after the injury whether he needed to file a workers’ compensation claim. He said that Cellar said no. Lach claimed he continued to work for ten months and then filed a workers’ compensation claim when he found an MRI showed he had a torn rotator cuff and needed surgery.

He said that he told his boss he would need to take a medical leave of absence. He said that he would also need four to six weeks off to recover. The apartment complex management claimed that Lach’s termination was due to the maintenance work piling up and not being able to find anyone to fill the position temporarily. Therefore, they allege they need to hire a full-time replacement. At trial, it was shown that Briar Hill never contacted any agency to find a temporary employee nor did they post job ads or hire contractors to do the work.

A jury found Celler and the apartment complex liable for violating the New Jersey Law Against Discrimination. The jury unanimously awarded Lach over $725,000 in damages. Of the jury award, $125,00 was for economic damages and another $100,000 was for emotional distress. $500,000 was awarded as punitive damages against Briar Hill. Additionally, the Law Against Discrimination statute required the defendants to pay Lack’s attorney’s fees

New Jersey law prohibits employers from firing employers because they filed a workers’ compensation claim. This is a form of retaliatory discharge, which occurs when an employer retaliates against its employee by punishing him for exercising a legally protected right. The New Jersey Law Against Discrimination also prohibits employers from unlawful employment discrimination. One of the categories is physical disability. When an employee is injured in a job-related, firing them because of the physical injury is form of discrimination. The employee may file an employment discrimination claim with the New Jersey Division on Civil Rights. Remedies to employees for retaliatory discharge may include reinstatement of employment, recovery of lost wages, reinstatement of lost benefits, and an injunction to stop the employer from continued violation of retaliation to the employee.