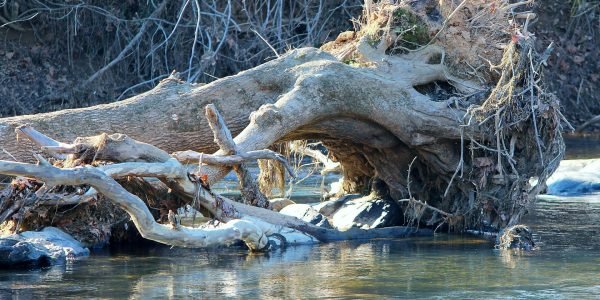 It was late in the day on July 26, 2018, when three workers were cutting an uprooted tree trunk laying across the Saddle River and up the bank. The goal was to cut the tree up into sections to remove it. Two of the workers were waiting for the third one to finish his section, the root ball on the trunk side of the tree, so they could start moving it.

When the third worker finished his root ball cut, the unsupported ball fell over, trapping the employee underwater and drowning him.

When an employee suffers a personal injury or death, they or their family have a cause of action to seek compensation for damages or the death that arose from a workplace accident. If the deceased was doing his or her job at the time of death, the exclusive remedy is worker’s compensation. A representative of the deceased worker’s estate may apply for the death benefits.

In New Jersey, death benefits are 70 percent of the deceased’s weekly wage at the time of the death. The weekly amount may not exceed the statewide minimum amount. Death benefits go to the deceased’s dependents and the distribution is done by order of preference as stated by the law. Should there be more than one dependent to receive benefits, the total amount of those benefits is divided amongst them.

In the case of death while on the job, workers’ compensation insurance also covers up to $7,000 for burial expenses, which are paid directly to the undertaker or funeral home.

The New Jersey workers’ compensation law firm of Petrillo & Goldberg consists of a compassionate team of advocates who have dedicated their careers to ensuring that injury accident victims recover the compensation they deserve.

Petrillo & Goldberg attorneys skillfully deal with the insurance companies so employees can focus on healing, returning to work, and moving forward with their life. To learn more, visit https://petrillogoldbergclm.clmcloud.app, or call 856-486-4343 to schedule a free consultation.