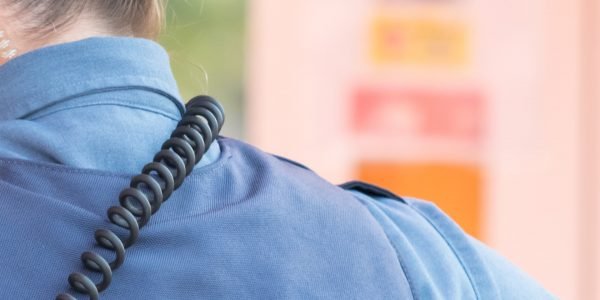 Earlier this month, a New Jersey State Trooper was injured in a car accident when another motorist crashed into the Trooper’s parked vehicle. According to a recent news report, the collision occurred on County Road 655 in Frankford Township. Evidently, the Trooper had pulled over to the side of the road while responding to an unrelated traffic accident. As the Trooper was parked in his vehicle, a Chevy Equinox approached from behind, crashing into the rear of the Trooper’s car.

As a result of the accident, the Trooper was taken by helicopter to a nearby hospital, where he was treated for serious but non-life-threatening injuries.

Car accidents are one of the leading causes of workplace accidents. According to the Centers for Disease Control and Prevention, in 2019, there were 1,270 people who were killed in work-related car accidents. This accounts for almost a quarter of all work-related fatalities. In addition, tens of thousands of other workers suffered serious injuries requiring they miss time from work.

Personal injury cases, unlike workers’ comp claims, are fault-based. Thus, to successfully bring a third-party injury lawsuit, an injured worker must prove that the other driver was negligent. To prove another motorist was negligent, a worker must show:

While bringing a personal injury claim is more difficult because it requires you to establish fault, the upside to these claims is that they open the door to a greater range of damages. For example, damages in a New Jersey car accident lawsuit include compensation for both economic and non-economic damages. Thus, in addition to payments for medical expenses and lost wages, personal injury claims enable accident victims to recover for their emotional distress, physical pain and suffering, and the other emotional and psychological effects the accident had on their lives.

Have You Been Injured in Workplace Car Accident?

If you were recently injured in a New Jersey car accident while at work, you may be entitled to compensation, either through a workers’ compensation claim or a personal injury lawsuit. While these two types of claims share some similarities, they are also very different. Thus, it is imperative that you understand which claim is best for your particular situation. At the law firm of Petrillo & Goldberg Law, we represent injured workers in all types of workers’ compensation and personal injury claims. We can advise you of your options and help you pursue the compensation you deserve. To learn more, and to schedule a free consultation, call 856-486-4343 today. You can also reach us through our online contact form.